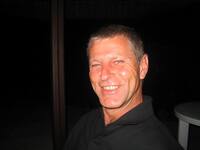 "Nowadays photography is the soul food, I spend hours watching old and new pictures, places I've been, people I have met, friends no longer present, but I spend most of this time to appreciate the details of nature, the symmetry of flowers and plants, the orange of a sunrise and a sunset, the brightness of a full moon and especially all the coloring that is eternally instantaneous.


About him:
Alvaro Perez, was born on the outskirts of São Paulo, the largest Brazilian metropolis, at a time when most of the streets were paved and almost all houses had fruit trees and flowers in their yards, the landscape was practically out of the country.
He studied in a public school, which by the way was also well-wooded, rooted even further in his memory, contact with nature was constant and so remained until his adolescence.
At school he always had admiration and ease with numbers, sports and arts; at that time all this was within the reach of those who were interested, with good masters and good infrastructure.
It was unlikely that he would get a good job by pursuing sports and the arts at that time, so the alternative was to go to the numbers.
He graduated in Mathematics from the Pontifical Catholic University of São Paulo (PUC / SP), but it was also unlikely that a reasonable remuneration would be obtained only with this training, even though he had enough degrees and skills to teach classes at all levels.
Already working in the financial market, he decided to go back to college and at the same University (PUC / SP) he graduated in Economic Sciences, the doors of the labor market opened and his professional career took off.
During most of his professional life he had to travel, more than 100 trips a year and he had little time left to do what he liked best: To have contact with nature, the same one that sent him back to his childhood and adolescence.
However a fact changed this story, his father-in-law, already about to retire, bought a land near the city of São Paulo, where that country landscape still prevailed, streets without paving stones, many trees, many flowers and lots of green.
In the face of such a landscape, he obliged himself to go and visit that piece of land whenever he had time and was enchanted by the idea of ​​returning to nature around him, encouraging his father-in-law to build a place to stay in that paradise.
And so it was done, it was not a mansion, but a prefabricated wooden house that suited the place very well.
In a short time the house was ready and more and more his free time were dedicated that place, always with his hands and feet on the ground, he tried to cover the whole land with trees and flowers.
Each seedling and planted seed was accompanied with affection, with notes of date of planting, growth, flowering, etc., initially the flowers and the growth of the plants were accompanied by drawings, not very precise at times and that was when the interest for the photography.
Initially with film cameras, which needed to be revealed to know the result, they did not always show what was needed, but still the follow-up continued.
With technological advancement and the digital age everything has become easier and the monitoring has become more precise and broad; it was no longer enough to record the growth and evolution of plants, but also the evolution of the place as a whole.
The seasons, the rains, the droughts, the sky were recorded ... and that's when a new passion arose: Heaven.
How that sky was changeable, with so many colors and nuances; to each season a new painting, a new work done by nature and although they were precariously recorded in one or more photos.
Time passed, fate wanted that piece of ground to be on the guard of that boy who was so homesick for his childhood, technology has evolved and today he records through a photo everything that is wonderful in that place.
Of course he took a liking for the thing and photography is part of his day to day, nothing beautiful goes unnoticed by his look and soon is eternalized.
Powered by