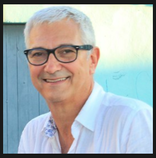 Carlos Peder has background both in the Scenic Arts, Visagism and Photography. He sees the world through the lens of someone who performed in the fields of
make up artist, hairdresser as well as acting. He has studied at the “Atelier da Imagem’, in Urca - Rio de Janeiro with Paulo Batelli, as well as with Monique Cabral at the “Trilharte” School of Photography.

He developed his photograpic work with the awarded photographer Christine Drescher in the areas of landscape, portraits, composition and photographic treatment. He made a landscape Exhibition - Perspectivas do Rio - in November of 2017 in Fabiano Fernande’s atelier at the Bhering Factory in Rio.

Carlos has works presented by the Ward-Nasse Gallery - New York. He is a participant in the exhibit “A cara do Rio” at the  “Centro Cultural dos Correios - RJ” taking place from March to April of 2018.

In March of 2018 he had participated at MIA Photo Fair - Milan-Italy. And got the attention of the public up there.

Since 2008 Carlos has been developing drafts of  portraits and landscapes. He’s an autonomous and a self-taught photographer who was born in Paraná in 1958 who works and lives in the city of Rio de Janeiro since 1980.
Powered by